Can that really be my own reflection that I see each morning in the mirror? Surely that’s not the way I look now. When did I turn into a gnome? The person I see before me doesn’t match the mental image I have of myself.When we see something daily like a landscape or a town, we are less likely to be conscious of the little changes that result with the passage of time. If a few weeks or even months have passed, we might only notice fairly obvious differences. A year passes and lots of things have been transformed—the trees and plants around a house have grown dramatically, new buildings and roads have appeared in the town. But when thirty or forty or fifty years intervene, landscapes and towns can become strange and unfamiliar places. It’s the same with people. Daily contact means only big changes are apparent: a different hair style or a new outfit. Meeting an old friend after a year, we might be aware of more wrinkles and less hair. However, the passage of fifty or sixty years can make a once well-known face virtually unrecognizable, even when the person happens to be oneself.

I’m not sure what age I actually perceive myself to be. It seems to depend in part on my particular activity at the moment. I know that I am now seventy three years old, so I’m in my seventy-fourth year of life. Yet when my muscles and joints are cooperating and I’m fully engaged in an enjoyable pursuit, I may feel like I’m thirty or forty years younger. On the other hand, at the end of a particularly difficult day of hard physical labor, I probably feel more like I’m several years older than my actual age. But my picture of myself, the image of how I think I look to myself and to others, does not seem to be altered as much by my activity level. I believe that image is stuck somewhere between my thirties and my fifties.

A photo of myself from years past compared to a more current picture or my daily looks into the mirror give undeniable evidence of my present appearance. Obviously I have changed physically over time, as well as in so many other ways. It’s a real challenge for me to recognize the younger me in the present me I see in the mirror. Did I ever really look like the much younger person in those early photos? How is it possible for one’s physical features to be altered that much over the course of a lifetime? But it does seem to happen to most of us. A recent reunion of my high school class was attended by some fifty people, many of whom I had been with daily during our years of elementary and high school. A few of my former classmates were easily identifiable even though I had not seen them for fifty five years. But outside of the context of the class reunion (and without the great assistance of name tags) I would not have recognized most of those present and they would not have known me. Over the course of the evening there were various signs that stirred memories of our years together: the look of someone’s eyes, the sound of their voice, the way they acted. Some of the physical characteristics from long ago were still familiar even after all those years.

Yes, I am the man facing me in the mirror. I’m well aware of all the physical transformations that have taken place in my body. It is easy to see and feel the changes that the years have brought. But the person within has also changed throughout my life. Those inner changes are impossible to see, but I know they are there and I know they have been even more dramatic than the physical ones I view in the mirror. I’ve been shaped by the forces and environment surrounding me throughout my life. But more importantly, I’ve made choices and taken actions which have determined who I am today. Every experience has influenced my development: the events I have lived through, the things I have seen, the people I have known, the lessons I have learned, the values I have found. There have been so many differences and departures from what I expected to be the course of my life so long ago as a teenager. Many of the things I once thought were most important in my life have been replaced by different values. The goals I wanted to pursue were altered long ago. The decisions I made have led in directions I never imagined at the time. But the paths I chose to follow led me to become the person I am today. I would not change them even if I could. I am who I want to be and I’m in the place where I want to be.

Attending the high school reunion mentioned above was the impetus that started me thinking about my changing appearance over the years. I thought the title “My Transformation into a Gnome” would be appropriate, with a collection of photos showing my looks from then to now. I am including some of those pictures below so you can see the changes for yourself; most people reading this could probably assemble a similar gallery of their own transformation. But why describe myself as a gnome? I first used the term when I looked at some photos of myself taken at the time of Carole’s retirement. “I look like a gnome,” was the description I voiced at the time. Even then, now eight years ago, when we first used the term, I saw many photos of myself looking rather gnomish, an impression I think has only become stronger over time. The story is summarized in a blog post by my wife Carole entitled “The Origins of the Gnome and Crone” in which she writes about herself as the Crone (a wise and experienced older woman—an excellent description of her) and me as the Gnome. 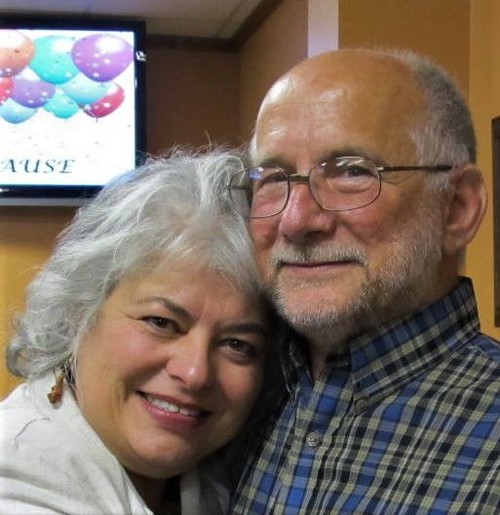 The Gnome and Crone when we first named ourselves

Most people are likely familiar with the images of gnomes that appear frequently in garden shops, greeting cards, and many other places. Some gnomes have more appealing appearances than others. I don’t really claim to look much like the cute little garden gnome in the picture below, but when we were given this small garden sculpture a few years ago, we loved it. We’ve adopted it as representing Carole and me as the Gnome and Crone.

I made a brief search to learn more about this being whose name is now associated with me. Various dictionaries identify a gnome as “a diminutive spirit”, an “ageless dwarf” who usually guards treasure, or a “small creature with an affinity for the earth.” One source says “they are known to be cheery, if not slightly mischievous.” Many of those words seem to fit me pretty well. I’m small, love the earth and all the natural world around me, am generally cheerful, and am frequently mischievous. Each of us can decide whether the one definition of a gnome as “a small ugly person” applies to me as well.

While I have some of the characteristics of a gnome, at least one image of a troll also bore some resemblance to me. When we first came to our place here on the mountain, we chanced upon the picture postcard below which shows a painting by Rolf Lidgren. It depicted a troll family on a mountainside with the adults preparing a meal while the two children were busily picking and eating wild berries. We thought that image showed our idyllic life here pretty accurately, except we don’t have pointed ears and long tails. Maybe I’ve developed into part person, part troll, and part gnome. 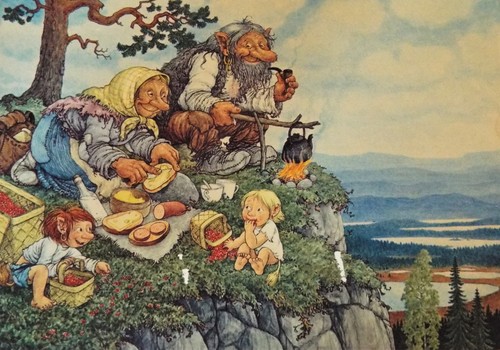 An article about the history of gnomes provided some additional tidbits about the origin of garden gnomes. It seems the idea may go back almost two thousand years to the Roman emperor Hadrian who had quiet hermits living and helping in his garden. And wealthy English landowners in the eighteenth century decorated their gardens with bearded “ornamental hermits” who were hired to live in rustic, unheated buildings on their land, thereby providing a certain unique character to the place. Again there are similarities with me, especially during the time since we came to this mountainside. I’m bearded, generally quiet, and something of a hermit by nature. I also love working in our garden and we certainly lived in a rustic, unheated building during our early years here at our homeplace. Whether I can be considered an “ornamental hermit” is debatable.

So who is that man in the mirror and when did he become a gnome? Well, he’s definitely me, just me with whatever qualities and characteristics and physical features have been developing over the years. Maybe I’ve always been evolving into a gnome. So if I do look like a gnome and possess some of a gnome’s other characteristics, it’s just fine with me to continue being known as The Gnome.

I’m not sure about the dates of some of these photos, but my captions should be pretty close. The quality of the pictures also varies because the originals came from different sources and were gathered over many years, but they still give a good idea of the changes that have taken place. 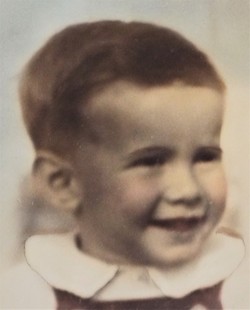 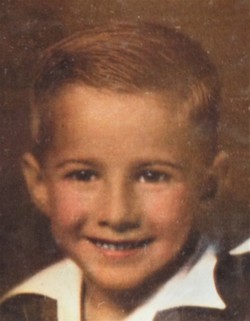 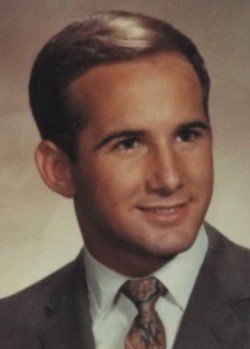 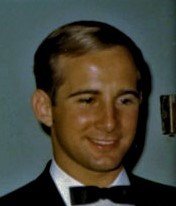 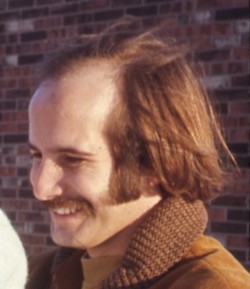 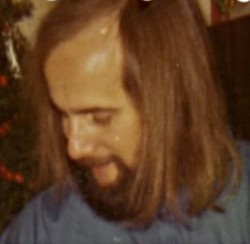 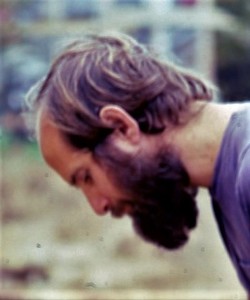 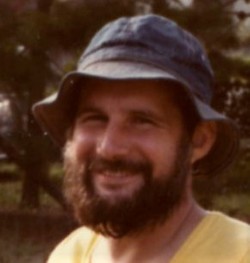 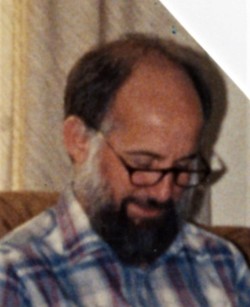 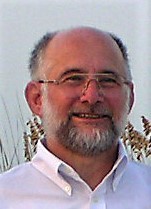 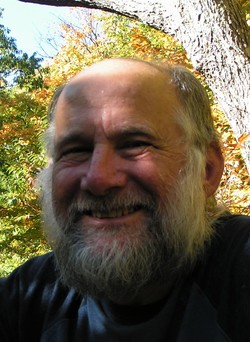 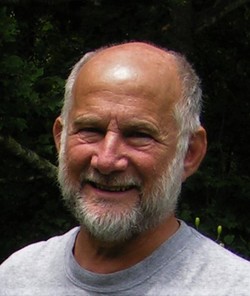 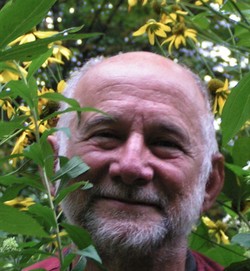 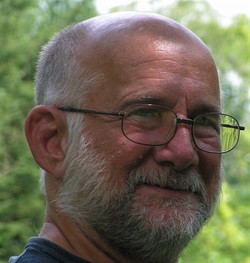 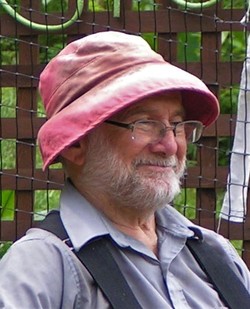 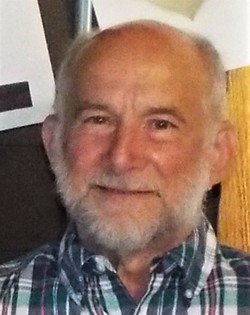 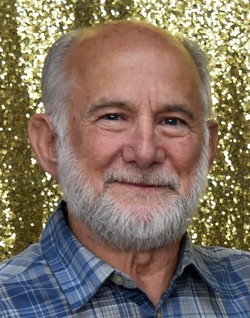 18 Replies to “Who Is That Man in the Mirror? When Did He Become a Gnome?”